One of the first of the synthesiser to hit the market was the Moog synthesisers developed by the brilliant mind of the American engineer Robert Moog. Since the day it was launched, things has changed and a new kind of sound emerged that shook the stage, house and every studio that had one. Find out more about the Moog Modular systems in this article.

What is so special about the Moog Modular systems?

This giant sound machine and its overwhelming interface may even freak you out at first glance until you learn the mechanism of how Moog Modular or any modular is working behind the scene in general. You can be sure, if you have never seen one and if you come across one, you instinctively may think that this giant belongs to one of the laboratories of a university. In fact, this is the case for many of the early Moog Modular systems.

Actually, the Moog Modular synthesisers are used in different synthesiser zones including shops, showrooms, NAAM or esoteric circles. Picking up an old Moog Modular system from one of the universities, refurbishing and repairing any parts that require one’s attention is one of the ways of obtaining this massive musical instrument.

The mechanism behind Moog Modular systems

Any modular system, be it Moog or any other one like Buchla, EMS or new Eurorack, operates on the basic mechanism of patching components into each other. It could be achieved via a patch cable or push pin if it is a matrix-based system. All Moog Modular systems went through various upgrades and came in series just like the very early ones such as Ic from 1967-1973, IIC, IIC, Ip, IIp, IIIp, Emerson Moog Modular System, Model 10, Model 12, Model 15, System 35, System 55.

All of the Moog modular share the same mechanism and consist of the same or expandable components. Typically, Moog Modular sounds are produced by a fundamental patch like, oscillator to filter, filter to envelope or envelope to output. This is not it. You are able to forge and modify and can make your sound massively dynamic with complex patching.

Moog Modular synthesisers consist of various components like oscillators that generate sound via selected waveform, amplifiers to control the amplification, envelope generators to shape your sound over time, filters to bright or gloom the sound, noise generators – which typically can be used as snare, percussion, FX and other crazy stuff. There are also ring modulators, triggers and mixers.

There is usually a Moog Equalizer as well which can be used to further shape you sound. 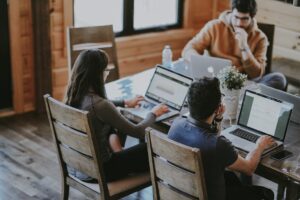